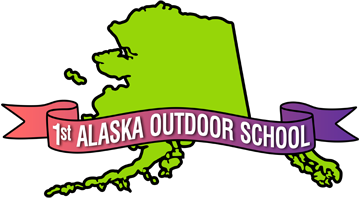 Another Wonderful Reason to Plan a Trip to Alaska

Another Wonderful Reason to Plan a Trip to Alaska

Long, long ago, if you were to visit Alaska, you wouldn’t find many people there, save for native peoples clustered in small settlements near a food source such as a lake or the ocean.

Today, Alaska is a popular tourist destination, allowing people like you to see, for yourself, areas that were foreign to the rest of the world for centuries.

Did you know that there is a giant national park called “Gates of the Arctic National Park” in Alaska? Its headquarters is in Fairbanks, though the actual park is in northern Alaska, and is only accessible by walking in or air taxi, since there are no roads to enter the park.

How would you like to be able to say you visited America’s northernmost national park? Gates of the Arctic lies north of the Arctic Circle. At more than 13,000 square miles, it’s bigger than Belgium! You should hire a guide from 1st Alaska Outdoor School to show you the park’s beautiful mountains and rivers.

Gates of the Arctic lies to the west of the Dalton Highway (made famous by the TV show “Ice Road Truckers”) and includes several mountain ranges, including the Brooks Range, and the Endicott and Schwatka Mountains. Visitors love to take in the beautiful wilderness views.

Some sport hunting is allowed in the park with proper licenses and permits, and camping is allowed, though there are no campgrounds in the park. It’s truly wilderness: no roads, trails or visitor facilities.

To experience the beauty of Alaska’s wilderness, 1st Alaska Outdoor School can show you sights at places like Gates of the Arctic that few others will ever see in-person in their lifetime. What are you waiting for? Plan your trip today!